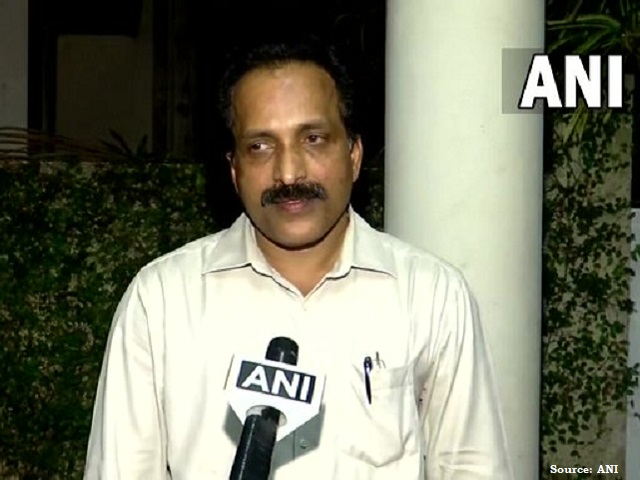 New ISRO Chairman: S Somanath has been appointed as the new Chief of the Indian Space Research Organisation (ISRO). The Appointments Committee of the Cabinet (ACC) approved the appointment of S Somanath to the post of Secretary, Department of Space and ISRO Chairman on January 12, 2022 for a combined tenure of three years from the date of joining of the post.

S Somanath is currently serving as the Director of Vikram Sarabhai Space Centre (VSSC). He will succeed K Sivan as the new ISRO Chairman. Kailasavadivoo Sivan completed his extended tenure on January 7, 2022.

Speaking on his appointment, Somanath said, “I am very happy to join as Secretary, Department of Space and Chairman, Space Commission (ISRO). It is really an honour.” Highlighting the areas of focus he said, “Areas of focus will be technology, policy, implementation & areas where stakeholders need to be taken care of. We need to bring in newer approaches; have to work with various capacity builders like tech companies.”

Happy to join as Secy, Dept of Space & Chairman (ISRO). Areas of focus will be technology, policy, implementation & areas where stakeholders need to be taken care of. We need to bring in newer approaches; have to work with various capacity builders like tech companies: S Somanath pic.twitter.com/pHIrjse1f0

He outlined that the next important thing would be a lookout where all space can be utilised further. He said that many people come out with new ideas and approaches and we need to see how those can be bought into the space domain and can create new applications to produce better output from the traditional process.

He further added that they will have to look at how cost can be bought down substantially become space is a very costly business. He added that this is also the time to discuss business and profit in space and see how we can create a business enterprise around space technology that will be self-sustaining and profitable for people to enter and invest.

Know about S Somanath in 7 Points

2. He joined the Vikram Sarabhai Space Centre in Thiruvananthapuram in 1985. He was a part of the Polar Satellite Launch Vehicle (PSLV) project during its initial phase.

3. He has played a significant role in the development of the PSLV and the Geosynchronous Satellite Launch Vehicle Mk-III (GSLV Mk-III), which is used for launches currently. He was a team leader for the Integration of PSLV during its initial development phase and during its first flight and successful second flight PSLV-D2.

5. He was also appointed as the Deputy Director of Propulsion and Space Ordinance Entity till November 2014, where he contributed to the development of the indigenous cryogenic stages for the GSLV.

7. He was appointed as the Vikram Sarabhai Space Centre in January 2018, succeeding K Sivan, who had been appointed as ISRO Chairman.

He completed his graduation in Mechanical Engineering from TKM College of Engineering, Kollam, Kerala University.

Somanath obtained his Master’s Degree in Aerospace Engineering from the Indian Institute of Science, Bangalore with specialization in Dynamics and Control.

K Sivan had been appointed as ISRO Chairman on January 10, 2018, succeeding AS Kiran Kumar. Sivan is a renowned rocket scientist and had joined ISRO in 1982 in the Polar Satellite Launch Vehicle (PSLV) project. He has contributed immensely towards end-to-end mission planning, mission design, mission integration and analysis.