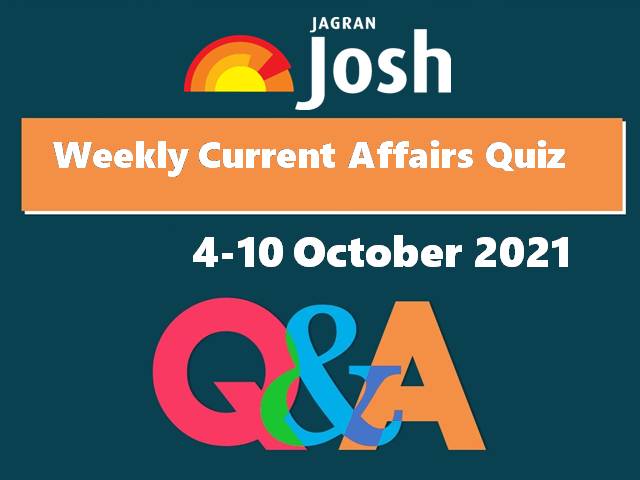 b) Syukuro Manabe and Klaus Hasselmann

3. Benjamin List and David W.C. MacMillan have won 2021 Nobel Prize in which category?

4. Who have been jointly awarded Nobel Prize in Medicine 2021?

5. Who has topped the Forbes India Rich List 2021 for the 14th consecutive year?

7. The RBI has retained policy repo rate at how much percentage?

8. Who has won the FIH women’s Hockey Player of the Year award?

Novelist Abdulrazak Gurnah has been awarded the 2021 Nobel Prize in Literature for his uncompromising and compassionate penetration of the effects of colonialism and the fate of the refugee in the gulf between cultures and continents.

Maria Ressa and Dmitry Muratov have won the Nobel Peace Prize 2021 for their efforts to safeguard freedom of expression, which is a precondition for democracy and lasting peace.

The 2021 Nobel Prize in Chemistry has been jointly awarded to  Benjamin List and David W.C. MacMillan. Benjamin List from Germany and Scottish-born David MacMillan have been honoured for developing new tools for building molecules that have helped in making new drugs and are more environmentally friendly.

The Nobel Prize in Medicine 2021 has been jointly awarded to David Julius, Ardem Patapoutian on October 4, 2021, for the discoveries on receptors for temperature and touch. Both the scientists are from the United States.

The RBI Monetary Policy Committee has decided to keep the policy repo rate unchanged at 4.0 percent and reverse repo rate unchanged at 3.35 percent and the marginal standing facility (MSF) rate and the Bank Rate at 4.25 percent. This was informed by RBI Governor Shaktikanta Das while reading out the Monetary Policy Statement, 2021-22 on October 8, 2021.

Gurjit Kaur won the FIH Women’s Hockey Player of the Year at the International Hockey Federation’s (FIH) Hockey Stars Awards 2020-21. A total of 5 Indian Hockey players and two head coaches of both the Indian men’s and women’s Hockey teams each claimed the hockey awards across different categories.

Hockey India on October 5, 2021, pulled out of the 2022 Birmingham Commonwealth Games stating the risk of contracting COVID-19 and the discriminatory quarantine rules by the United Kingdom (UK) for travellers coming from India.

The United Arab Emirates (UAE) on October 5, 2021 announced plans to launch a probe to explore an asteroid between Mars and Jupiter to collect data on the origins of the universe.